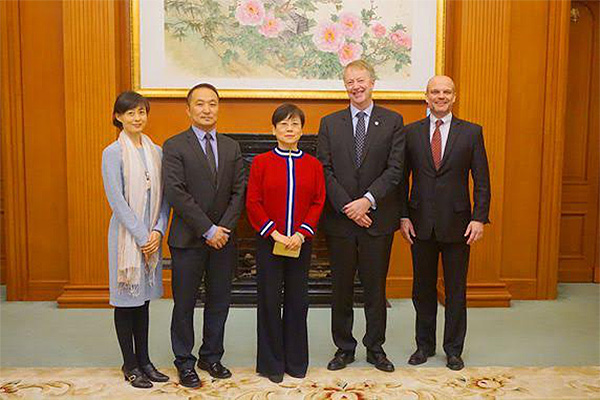 The NFL and The Middle Kingdom

The time has come, and much earlier than even the most optimist China sports watchers have forecasted, for America’s preeminent Football league (the N.F.L. which stands for the National Football League) to enter the enormous and possibly wildly profitable market of Mainland China. Recent reports have stated that the NFL is planning on holding regular season games in China as early as 2018. For obvious reasons numerous NFL teams have expressed strong interest in being the first teams “on the ground” for what will surly be one of the most interesting NFL experiences in the storied history of the league. Commenting on the interest from numerous NFL teams to play a game in China the leagues commissioner Roger Goodell said the interest is, “more than we can handle, and that’s a good thing.” Reports have also filtered out saying that the Los Angles Rams will be one of the teams involved which makes sense given their geographical location to China and the fact that the franchise recently moved to L.A. from St. Louis and would be a boon for both the team and the league for that franchise to have a strong start from a financial perspective. Goodell later remarked, “The size and influence of China in the global marketplace cannot be ignored. We have fans and potential fans there.” The league now feels that after spending a decade developing its brand there, it is ready to expand elsewhere. The N.F.L. has 23 television and digital partners in China and about 17 million fans measured by those who follow the league online. About half a million fans watch “Sunday Night Football” in China, where the game is broadcast on Monday morning.

The NFL has continued to emphasize overseas games as part of its future, with three games set to be played in London in 2016. Eager to expand its footprint internationally to generate more revenue the league is also returning to Mexico in 2016, as the Oakland Raiders play the Houston Texans at Estadio Azteca in Mexico City on November 21 for a Monday Night Football showdown. According to NFL.com, “NFL owners approved a resolution in 2015 to extend the ability to play international regular-season games through 2025 and enable the league to play games in countries other than the United Kingdom.” Mark Waller, who heads the league’s international operations said, “I’ve always felt if you look at what we’ve achieved in the U.S., if you could take just a fraction of that globally, then the upside has to be incredible.”

While the popularity of sports like basketball and baseball has grown in China, the country remains a fairly untapped market for the NFL. As Josh Alper of Pro Football Talk noted, “China is a massive market that represents an area where both the league and individual teams can grow interest and sell merchandise that would continue to grow revenue.” However, taking games to China will be logistically difficult. The league will have to decide whether to play in Beijing, the capital, or Shanghai, the country’s financial center, find an appropriate stadium, proper practice facilities and coordinate the leagues schedule accordingly. Even with those hurdles many are very confident the league will strive to make NFL games in China a reality as soon as possible du to the potential enormous financial opportunities that await them should they succeed in China.