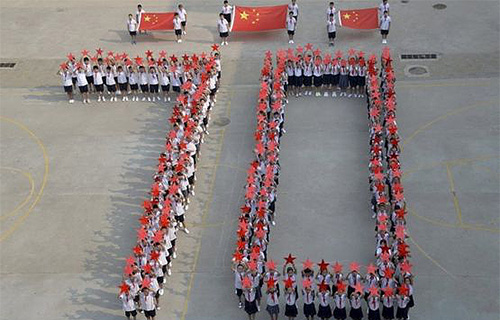 China celebrated the 70th anniversary of the end of WWII this month with a grand parade attended by all of Chinese top dignitaries and political and military officials. With more than 10,000 Chinese People’s Liberation Army troops in attendance, the parade was an opportunity for the world to better understand the role that China played in the defeat of Japan in 1945.

Of the nearly two million Japanese soldiers killed during WWII, 70% of them were on Chinese soil [BBC News]. 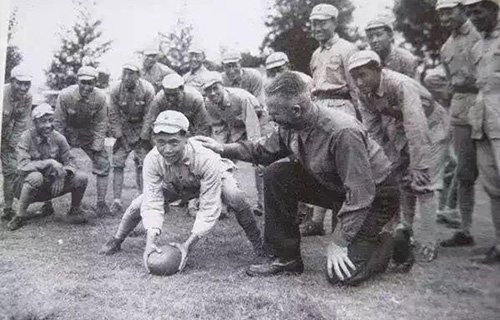 The picture above of a U.S. military advisor teaching a member of the Chinese expeditionary force how to hike a football was taken on October 15, 1944. American forces during this period worked closely with the Chinese military during the war to oppose the Japanese invasion of mainland China.

This picture epitomizes the power of sport to be used as a unifying vehicle for people of different backgrounds. Even in the bleakest of times—be it war or disaster—sport can bring joy to people’s lives and form relations that help instill mutual respect and appreciation.