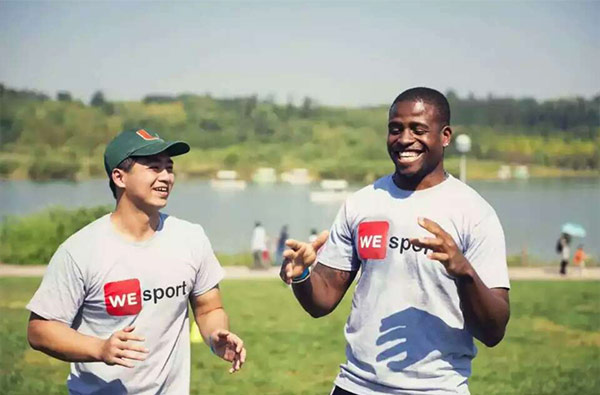 Three weeks after arriving to Beijing, I found myself volunteering for WEsport, a start-up NGO created by two Michigan Alums. WEsport aims to promote a healthy and active lifestyle among Chinese families as well as networking opportunities for people of all ages. WEsport was organizing a launch for a new fitness program with around 100 participants and I had been invited to host a clinic on american football. For me, it seemed like the perfect way to engage with the Beijing community and meet new friends outside of the workplace.

I knew it would be a difficult task given my limited time to organize and the fact that my Chinese was ill-equipped to handle the task of explaining the intricacies of american football. It would also be my first time organizing anything in China, which meant there were more things that could go wrong than right. The month prior, I worked on a GLF Football clinic with 8 other coaches in Shanghai, but with all the support and guidance of GLF, I was relegated to a cone drill station and a motivational speech about teamwork.

When I arrived to the event at Beijing Olympic Forest Park, I found over 100 people stretching and huddling around each other waiting for the day’s agenda to be announced.

Wimping out on the chance to use the Chinese I had crammed the night before, I asked the organizers to help translate in Chinese the activities I had planned for the day.

As I looked over the crowd of blank stares, it quickly became apparent to me that most of the participants had zero knowledge of american football, let alone how to play.  Watching one game a year, the Super Bowl, does not make for a solid understanding of the game.

The ones who seemed confident in knowing more than the rest, gained their confidence from american football dramas on American TV and Movies.  They, too, clearly did not understand the rules.

The ages spanned from 6 year old children to 50-year old adults—with a few middle-aged women and attention deficit children.  How could I make this an enjoyable experience if I can’t even explain it? The anxiety set in and I realized that despite the advice that GLF gave me to accept friendly social gatherings in Beijing, maybe not all coaching engagements were the best idea.

As the crowd looked towards me for their next fun-filled instruction, I began to wonder how the people were going to respond from here, or even if we were going to get through the 90 minute training I had organized.  I then realized this was far from the first time I had 100 eyes on me waiting to be entertained. In fact, it was more like 100,000 crazed fans every Fall Saturday for 4 years.

Without any hesitation, I jumped right in and brought excitement and enthusiasm to the warm up. I received a great response, which showed me that despite the absence of prior knowledge of the sport, people here were eager to learn and could feel a connection to the sport.
With every learning moment and drill I presented, the large group listened and carefully followed my instructions.  They asked questions, engaged, and showed me that they had a genuine interest in what we were doing together.  Their energy allowed me to work through the awkwardness and apprehension of doing something outside of both of our comfort zones and made the afternoon enjoyable.

I tried my best to connect with each and every individual after, talking about our personal lives, career opportunities, and our shared interest and love for sports.   I learned a lot about the group and how I could communicate on a person-to-person level better than I ever expected. The interactions reminded me why I originally chose to apply for the fellowship. I realized that enhancing community athletics in China has not only provided the opportunity to immerse myself in a new culture and better understand the world, but also helped me build relationships and bridges that I would never otherwise have formed.

I appreciated the exchange, connections, and leadership experience I gained on that day, all done through the sport I love. Although I was there as a coach, I was on the receiving end of a larger lesson: the gift of sports was something real for me to share in China.
Update: I must have done something right as WEsport asked me back for a second event recently! 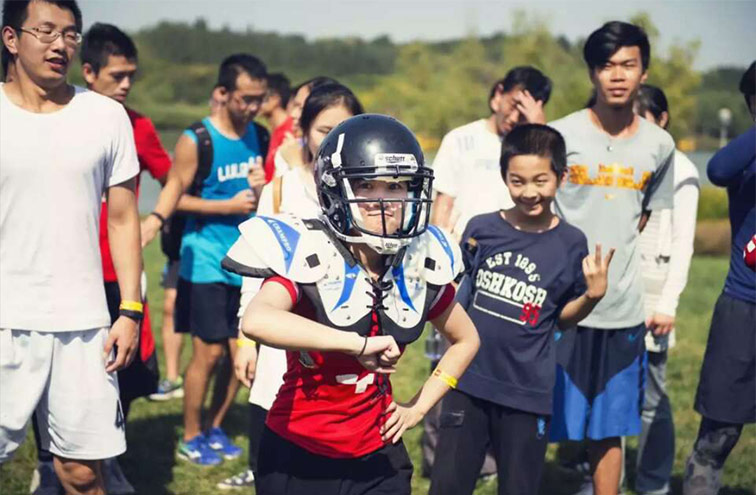 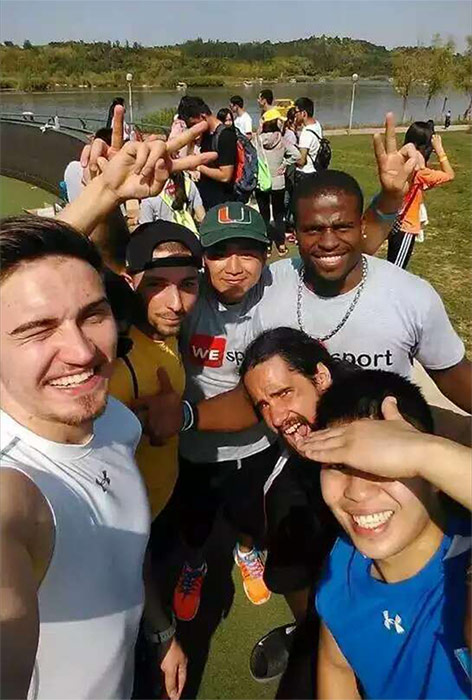