Football Unites Us All

Football Unites Us All 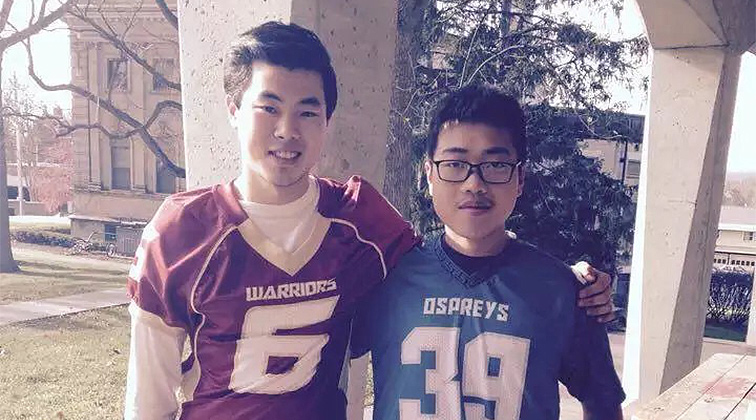 “It really is a small world after all.” This is the first thing that popped into my head after running into Spaike Xu? at orientation week at Union College in Schenectady, NY. Despite our age difference (Spaike is a freshman and I am a senior) the two of us share the unusual connection of football in China.

A freshmen at the school, Spaike is a native of Hangzhou where he was a member of the Hangzhou Ospreys Football Club.

I realized the special bond that we shared, having both played american football in China, and our participated in the development of the sport there. The total student population at Union College is only about 2,300, so imagine our surprise when we both realized that not only did we both participate in the development of the sport in China, but our teams were in the same division in the American Football League of China’s 2014 season!

I was born and raised around football in the United States, having had six years of organized football experience before I heading to Shanghai for a study abroad program at Fudan University. There, I first discovered the growth of the sport in my parents’ home country.

In contrast, Spaike only recently picked up football in his hometown of Hangzhou. He grew up playing soccer and basketball, but much like most Chinese youth today, never played on an organized team. What drew him to football was the team aspect of it. The uniqueness of the sport is that unlike most other sports, every single player on the field must do their job for the team to have a positive result. According to Spaike, “If you know nothing about football, it’s okay, because almost all my teammates started out the same, and everyone was willing to help new guys learn they game we all had fallen in love with.”

Spaike has already contacted the Union College football coach about possibly practicing with the team in the spring, and has been given the go-ahead. Football is by far his favorite sport to play, and I have no doubt that if and when he returns to China, his football story will be another reason the next generation of Chinese youngsters may just start ever so slowly passing up soccer and basketball, and instead claim american football as their sport of choice.