Football Players and Their Charitable Causes

Football Players and Their Charitable Causes 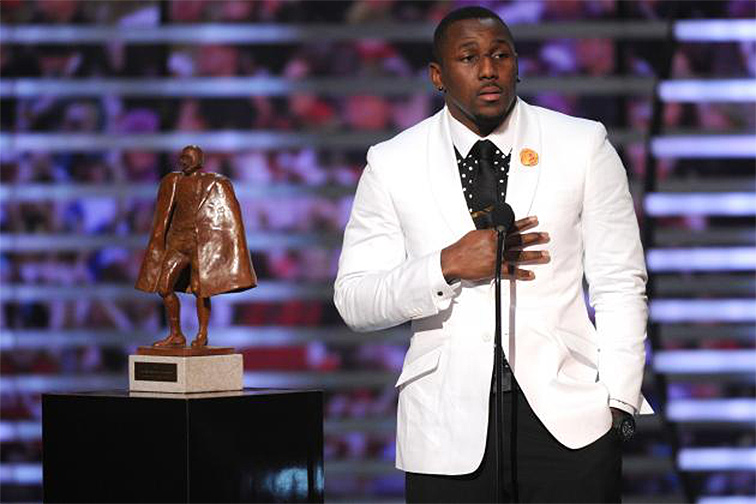 If Gridiron Leaders Foundation had to be summarized in only a few words, then “education,” “community athletics”, and “US-China relations” would certainly be at the top of the list. When we at GLF think about why this program was initiated, the answer begins with the personal and professional growth that our founders and team have gained in China. As US citizens living in China and witnessing the impact football has had on communities across China, the opportunity to educate Americans and Chinese on the deeper significance of football worldwide became apparent.

That got us interested in finding out what other people, specifically football players and coaches, do in terms of charitable endeavors. More interestingly, we’re interested in why and how they chose their charity’s focus. What we found out is that like GLF, most charitable work started with things that were a product of their environment or experiences, regardless of their wealth or fame. Whether it be The Jay Cutler Foundation helping diabetic children (Jay is diabetic), or the Donald Driver Foundation helping homeless families get off the streets (Donald grew up homeless at times in his life), or the countless other charities focused on underprivileged children and communities, football players both current and former, as well as coaches, are heavily involved in their passions off the field. Here is a list of just a few of our favorites. You can also check out thegoodinsports.com or looktothestars.org to find out more about athletes and their charitable causes.

Thomas Davis
Charity: Defending Dreams Foundation
In 2007, Thomas and his wife Kelly founded the Thomas Davis Defending Dreams Foundation (TDDDF), a non-profit dedicated to providing and promoting free programs that enhance the quality of life for more than 2,000 underprivileged children and their families annually. Since its inception, the foundation has distributed more than $500,000 in aid. The foundation’s cornerstone program, the Youth Leadership Academy, is a 14-week afterschool-mentoring program for low-income middle school students. For these accomplishments, Thomas Davis was named the 2015 Walter Payton NFL Man of the Year.

Warrick Dunn
Charity: Homes for the Holidays
Dunn was raised in a single parent household after his mother—a police officer in Baton Rouge—died in the line of duty before realizing her dream of owning her own home. Dunn’s charity, Homes for the Holidays, was started in 1997, and helps single-parent families make the down payment on a house. It has since helped more than 75 families.

Hines Ward
Charity: The Hines Ward Helping Hands Foundation
The Hines Ward Helping Hands Foundation mission is to provide educational programs to help children build confidence and maintain a work ethic that will provide them with the tools to succeed in life. The organization has also branched out and partnered with The Beautiful Foundation in South Korea to help biracial kids facing discrimination in South Korea. This is a personal issue for Ward, who was born in South Korea to an African American father and Korean mother.

Reggie White
Charity: The Reggie White Sleep Disorders Research and Education Foundation
The Foundation was co-founded after Reggie White’s premature death by his wife, Sara, in conjunction with the Sleep Wellness Institute in West Allis, Wisconsin.  Sara White recognizes the role that a sleep disorder – sleep apnea – played in cutting Reggie’s life short, and wants to help people of all economic backgrounds to understand the symptoms and risks of sleep disorders. The foundation provides CPAP therapy equipment to those who might otherwise be unable to secure the needed equipment.

J.J. Watt
Charity: Justin J. Watt Foundation
The J. Watt Foundation provides after-school opportunities for children in the community to become involved in athletics, so that they can learn the basic character traits of accountability, teamwork, leadership, work ethic and perseverance in a safe and supervised environment with their peers. Growing up in small-town American (Pewaukee, Wisconsin), Watt hopes to help kids in communities across America receive the same athletic opportunities that he had a child.

Andre Johnson
Charity: The Andre Johnson Foundation
In 2003, the Andre Johnson Charitable Foundation, a 501(c) 3 non-profit organization, was founded as a way to give back to the community and showcase the positive lifestyles and contribution of professional athletes.

Connor Barwin
Charity: Make the World Better Foundation (MWBF)
Founded in 2013, Make the World Better Foundation is a non-profit organization dedicated to enriching the lives of Philadelphia’s youth by providing safe and fun places for artistic and athletic development. Last year’s inaugural event raised more than $185,000 for Ralph Brooks Park in the Point Breeze neighborhood of South Philadelphia. Construction at Ralph Brooks Park is slated to be finished this summer.

John Lynch
Charity: John Lynch Foundation
John and Linda Lynch formed the John Lynch Foundation in August 2000 to provide encouragement and positive alternatives for young people. In a time when violence and irresponsibility seem to be glorified, the Lynches are determined to reach students and instill in them the drive to become effective community leaders.

Bo Jackson
Charity: Bo Jackson’s Give me a Chance Foundation
Bo’s outstanding athletic career as a Heisman Trophy winner and prolific two-sport professional athlete are a reflection of his belief in the power of sports to transform lives. After retiring from professional sports, Bo completed his college degree and has become a successful businessman.