By John Blasco and Chris McLaurin 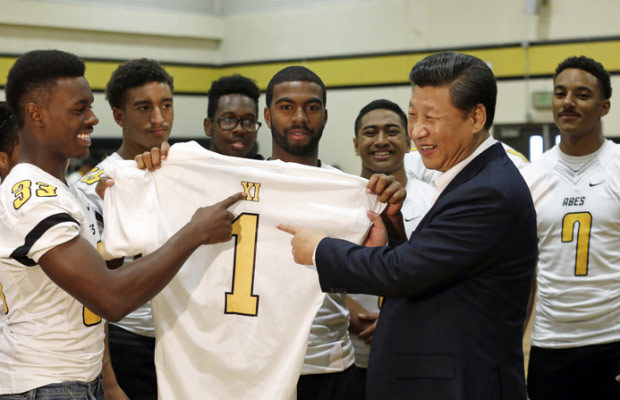 (Photo courtesy of The Seattle Times)

It’s election season again in the U.S. and for many candidates this means working the campaign trail and behaving more like the “model American.” For President Obama, this meant playing sports, shooting around the basketball and throwing a football on the White House lawn. The affiliation with successful athletes, such as Michael Jordan, Jerry Rice, and Jim Brown helped him appear more relevant and easier to identify with younger voters during his campaign. Sports in the United States help candidates identify and resonate with the American electorate.

In China, however, it works the other way around. Out of the estimated 1.3 billion people living here, there is no more important person to a sport than the President. This was made evident during President Xi’s recent visit to Lincoln High School in Tacoma, Washington, where Xi had requested to visit during his weeklong state visit. While the visit was mainly about showing a friendly face to the American public, the numerous photos he took with the school’s football team exhilarated the burgeoning american football fan base back in China. 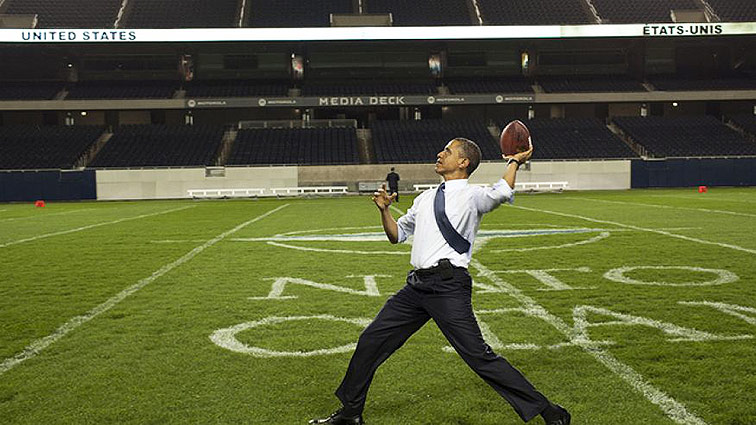 The role that the central government plays in the development of sports played domestically explains why pictures like this excite Chinese fans of american football. Since the rise of Communist China, sports have been mainly used as a vehicle for nation building and instilling national pride in the people. Competitions and training have been centered on Olympic competition rather than a means of entertainment, education or health. From a business perspective, the government regards sports as a cultural industry, while from a political perspective an educational tool. In fact, it was not until 1994 that professional soccer leagues, which currently receive some six million spectators and generates approximately 700 million RMB every year, were established using a partial market-driven approach.

It is evident that times are rapidly changing in China, with sports playing a much larger role in society than before. Coupled with Xi’s public affection for soccer, the Chinese government has constructed two new national soccer training facilities and plans to establish 50,000 more soccer schools by 2025. In addition, government sports leaders are focused on expanding the sports services sector in an attempt to drive a participation-oriented domestic sports culture, and provide high-quality sports products and services to China’s rising middleclass consumers.

China is making a concerted effort to transition into a modern economy driven predominantly by consumption as opposed to a reliance on the manufacturing sector. This was made clear following China’s 12th Five-Year Plan, where the PRC General Administration of Sport announced plans to raise the share of the country’s GDP dedicated towards sports while also making the education system more well-rounded by integrating sports into children’s lives.

Fans of american football in China can only hope that President Xi’s invitation to host 100 Lincoln High School students in China, including many members of their football team, may bring about a future political endorsement for the sport in China. With the sport gaining ever more traction across the country, football bloggers are even recognizing the potential to establish a modern day “Ping Pong Diplomacy” with the sport. Only this time, instead of China’s national sport building a bridge for increased dialogue and culture understanding between the two nations, it may be America’s national sport playing the leading role. With correlating qualities of teamwork and leadership needed so urgently in U.S. China relations, the sport provides a model for engagement that both countries can bond over.

Prior to Xi’s departure he was given a football jersey as a gift with “Xi” inscribed on the back, and was fittingly given jersey #1. For many in China, the #1 may ultimately come to represent the importance that Xi carries in his personal blessing for the sport and the character building values that are embedded in the game.