The Gridiron Leaders Foundation is a US/China initiative using American football to help develop student athletes into leaders on a global scale.

The brainchild of Zach Brown and Chris McLaurin, the GLF organizes fellowships to enable student athletes to travel to China to live, coach/lead and learn the culture. The foundation has already reached out to a number of prestigious  football universities asking them to submit the names of nominees for the program. The participants receive a fellowship to allow them to travel to China, get a job and help teach the game of football in a city with a team and get to know the culture.

“We both played at the collegiate level. I was a defensive end at Arizona State and Chris played for Michigan as a tight end. I came to China through my job as did Chris did. In fact, he helped found  the American Football League of China – AFLC . We both just felt that there was something more we could do to find a way to bring the two countries closer together.”

Also part of the operations group are John Blasco (Boston University) who is Development Manager of the GLF and Dan Redford (Michigan State) who serves as the Alumni Association and Internship Coordinator.

Launched in November 2014 in Shanghai, the Gridiron Leaders Foundation has gained the support of some very prominent football “citizens” including Jerry Rice, Richard Young, Managing Director of NFL China, Lee Edwards, owner of the Boston Breakers professional women’s soccer team, Brian Gibel, Public Affairs Officer of the US Consulate General Shanghai and Jack Brewer founder of the Jack Brewer Foundation. In fact, both Young and Edwards along with David Heleniak, Senior Advisor, Morgan Stanley Investment Banking Division are now are members of the Board of Directors of the foundation.

The successful student athlete chosen will work as an assistant to the head coach of a local team (who will be Chinese), and work with team members in a leadership role to help them develop their skills both on the field and off. He will also stay in the country for nine months working in a job which will enable him to interact in the community and gain valuable language skills.

“We felt that the values gained from playing football which include commitment, planning, understanding and skill, transcend well in working in another culture. We have found the Chinese people gravitate to the same values as we do.”

According to the GLF, success on the global stage stems from more than professional immersion—it requires a holistic appreciation for different cultures, people, and ideas.

“Those of us who have traveled the world know this is only truly achieved in the meaningful and lasting connections made with communities on the ground.”

The ultimate goal of the GLF is to use American football as a vehicle for peace and cultural understanding between the United States and China. The foundation wants to help some of America’s most prominent college football players become ambassadors of sport, culture, and country. 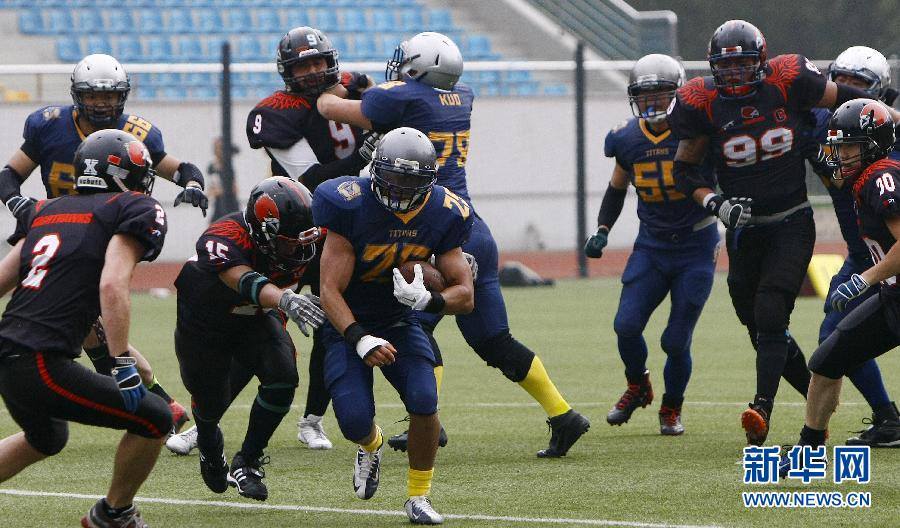 The AFLC – American Football League of China – is thriving. 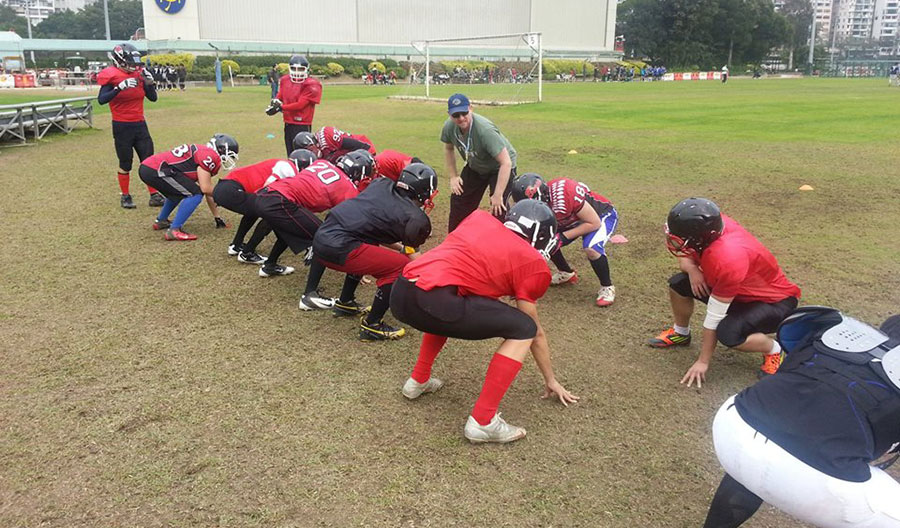 Teaching the fundamentals of the game

This is not a short-term experiment. This is, according to Brown and McLaurin, a long-term development program which they hope will ultimately have a permanent impact on international relations.

GLF applicants are carefully handpicked for membership into a select group of global ambassadors of the United States and American football. They return home having grown through hands-on experiences in global leadership, organizational management, and cultural bridging, contributing to a more meaningful personal and professional development path that will echo far into their futures.