Football in China has experienced remarkable growth in the last few years. What originally comprised of fewer than five adult padded teams has exploded in a mere two years to more than thirty-three teams. This rapid growth has been indicative of the intense drive by players to order new equipment, rent practice fields, and organize matches with other local teams. There is no shortage of passion on the field–but the knowledge and skillsets necessary to form cohesive, well-oiled, professional football teams remain distant. With proper coaching, China’s teams have the opportunity not only to become competitive on a national circuit, but also be sustainable for years to come. 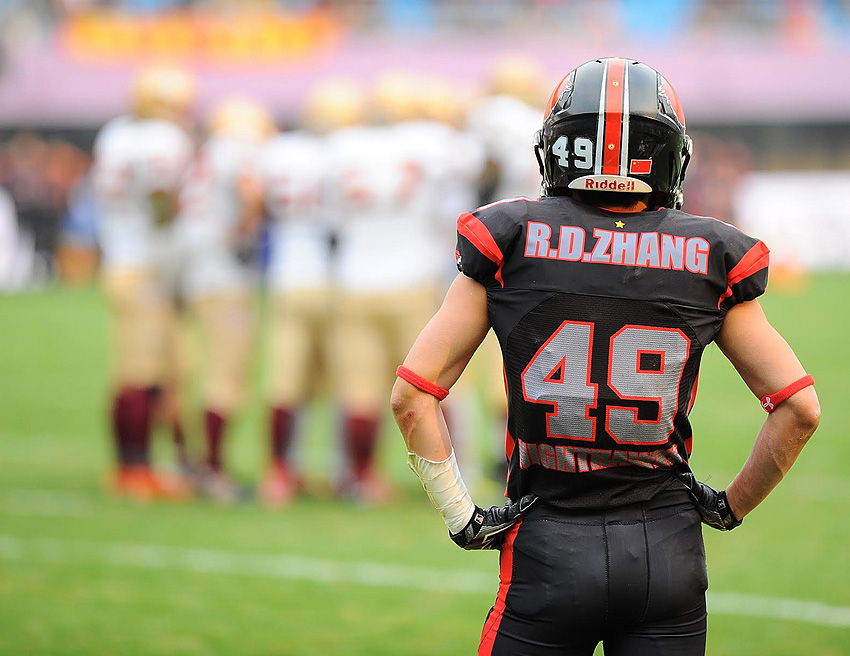 Lack of trained coaches remains the greatest obstacle to football’s expansion in China. Scant formalized programs exist to train players and local coaches on safety and precautionary measures, mentally and physically. American-trained coaches would not only guide teams to better competition but also impart valuable information that local teams can preserve, exercise, and develop for years to come.

The American Football League of China’s (AFLC) team leaders are the biggest resource for football teams in the country. AFLC coaches are volunteers who work together to schedule games and organize a fall season, find referees and other coaches, provide amateur coaches with proper coaching materials, and attend to various other organizational needs of developing sports teams. Together, GLF and the AFLC hope to develop football as a safe and exciting sports option accessible to future generations of youth and adults.

The GLF Fellowship provides an invaluable resource for local teams to improve their level of football play inside and outside the league. The recruitment of young, dedicated, and worldly football players from the United States will enhance the local image and increase awareness of football in China as a viable means of athletic competition and entertainment. GLF Fellows will not only teach the fundamentals of the game, but will also communicate other intangible aspects of football culture such as leadership skills, preparation, mental toughness, maturity, and accountability. Fellows will also contribute to improving other aspects of the teams including on-field safety, sportsmanship, and off-field training and condition. Through effective and personal coaching, training, and mentorship, GLF hopes to build a better milieu for cross-cultural communication.

GLF has formed partnerships with over thirty football teams in China who look forward to working with the 2016 Class of GLF Fellows.

Twelve of the teams have participated in the American Football League of China, the country’s first national football league. The AFLC also supports a second-tier network that develops and provides important information, resources, and various other forms of assistance to local teams.

2016 Teams and cities eligible to receive a GLF fellow: