An Ally in the War on Terror

An Ally in the War on Terror 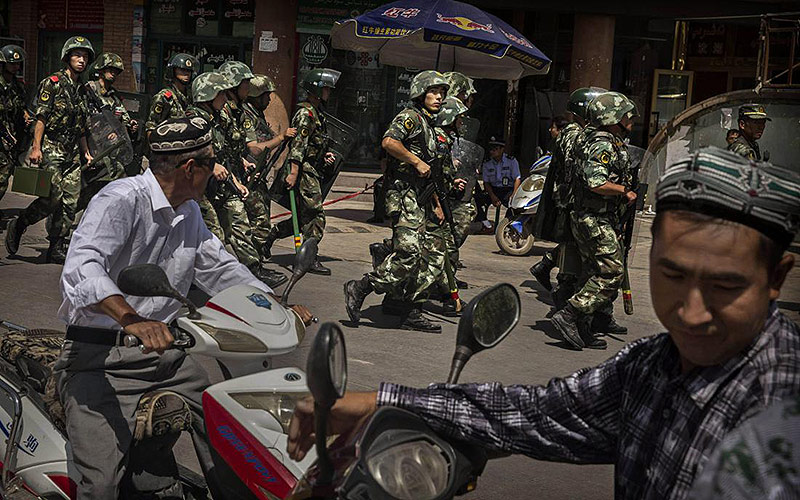 Although terrorism is frequently reported as a phenomenon of the western world, China has declared its own War on Terror, targeting separatists in Xinjiang fighting for the independence of “Eastern Turkmenistan.” Much like the United States, the Chinese government has spared no effort in ensuring the stability of their western region. While the local Uighur population, a predominantly Islamic minority group, has been fighting for separation from China since the Qing Empress annexed the region in the 18th century, the communist party has recognized that recent generations of separatists were trained in Afghanistan, possibly by the same organizations that attacked New York in 2001.

China’s foreign policy, especially on the military level, has rarely addressed matters that do not directly concern China’s security. The spread of international security cooperation and the rise in violent attacks within its borders has made the party reconsider their involvement in the Middle Eastern conflict and global fight against international terrorist organizations.

China and the United States, while both concerned about violent religious radical groups, also realize the economic benefit they could share through stabilizing the region both politically and economically. As China revitalizes its ancient Silk Road routes, they need to ensure that ISIS or other radical groups do not threaten their newly developed infrastructure for trade between China and Europe.

Moreover, the new trade routes developed by the One Road One Belt Plan and Asian Infrastructure Investment Bank may also tap into the trade market of Middle Eastern countries, a market that so far has been marginally influenced by their global production influence. While some goals held by China and the United States may cause conflict in the future, it is clear for now that stabilizing the region from terrorist control, military oppression and political corruption benefits both countries.

The conflict in the Middle East certainly has global implications as ISIS continues to form cells in Asia, North America, South America, Africa and Europe . The countries that fight the spread of ISIS will not only reap political and economic rewards, but will greatly affect the relationship allied countries have with each other.

As China and America, the world’s two largest economies, compete for dominance, the Middle Eastern conflict may show the necessity of friendship and cooperation. Conflicts in the Middle East call for further resolve and political cooperation amongst world leadership even while conflicts in the South China Sea remain a sensitive topic of discussion between the United States and China. Through the targeting of a common enemy, the US and China can learn how to grow and prosper together by keeping the world marketplace safer.