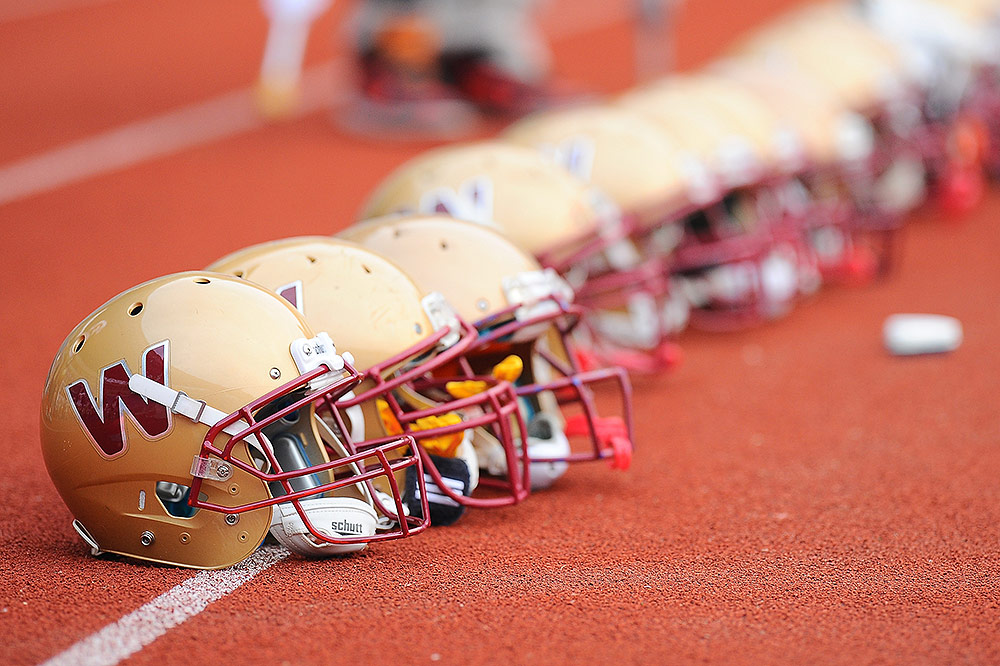 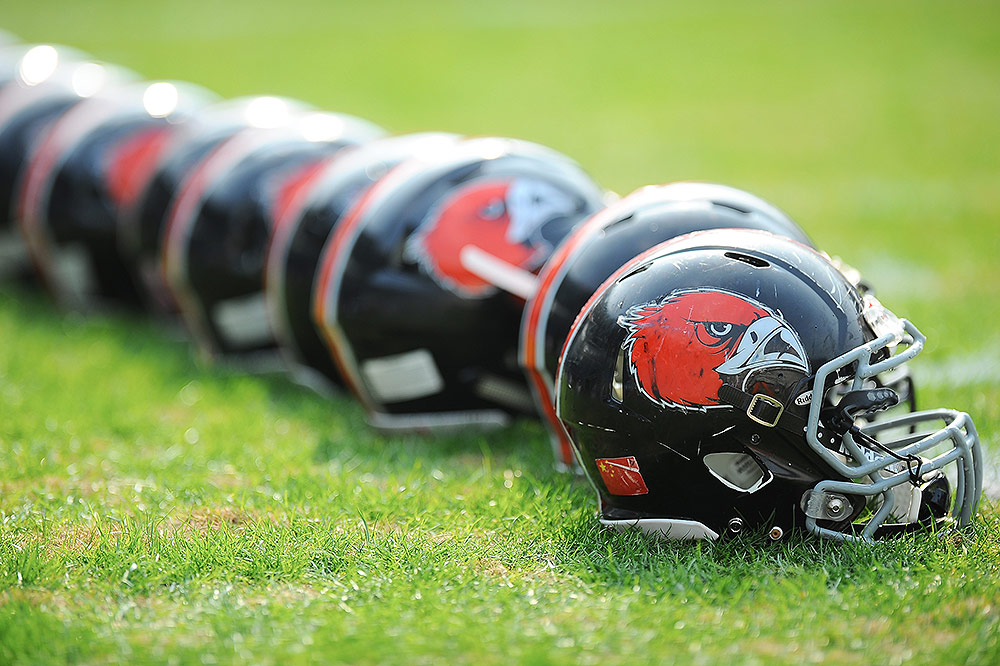 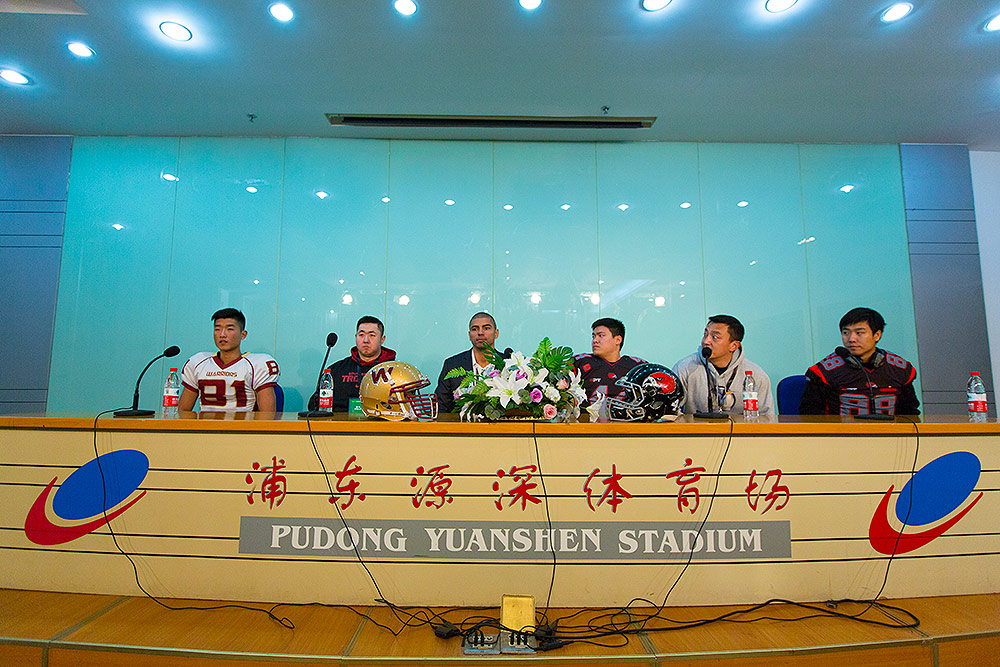 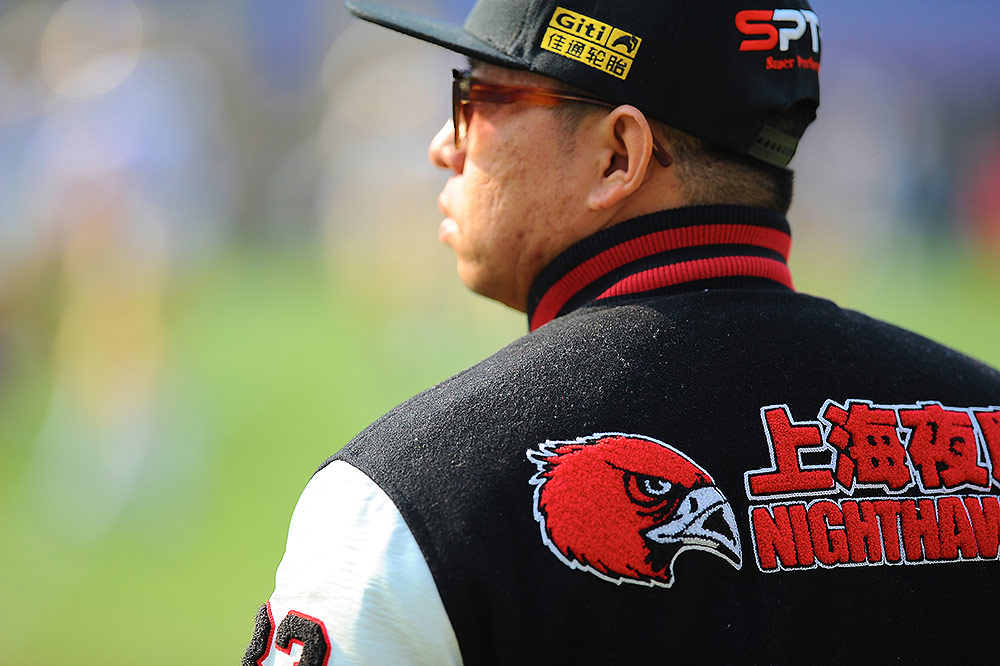 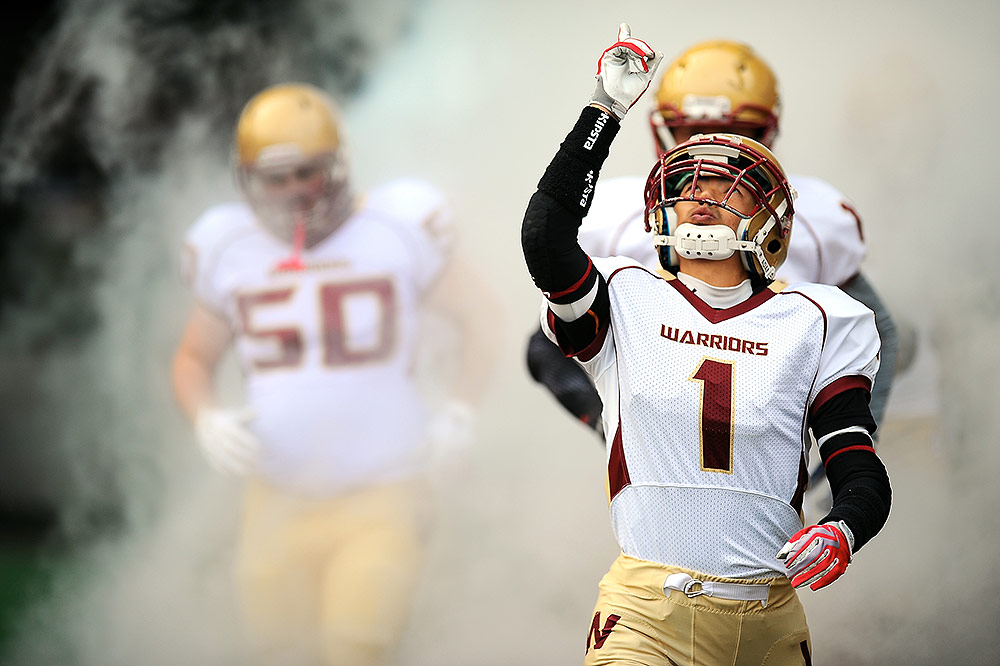 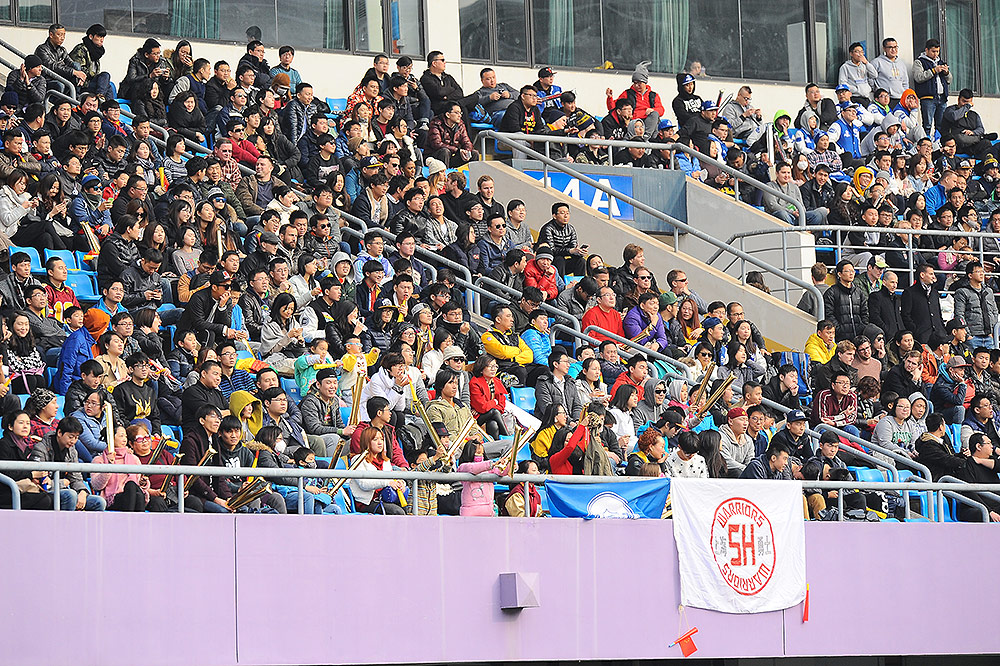 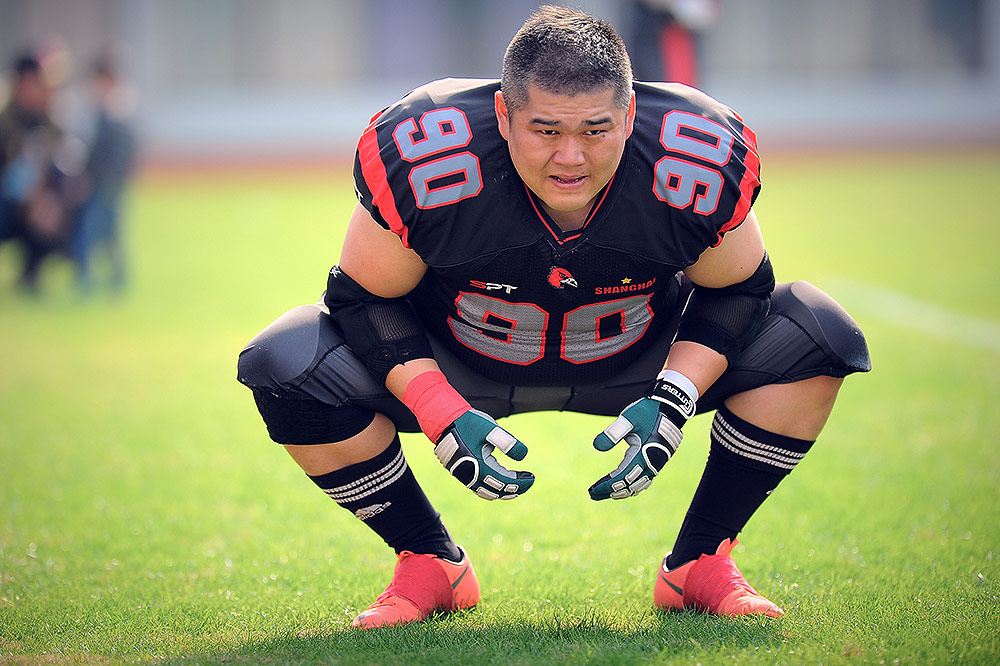 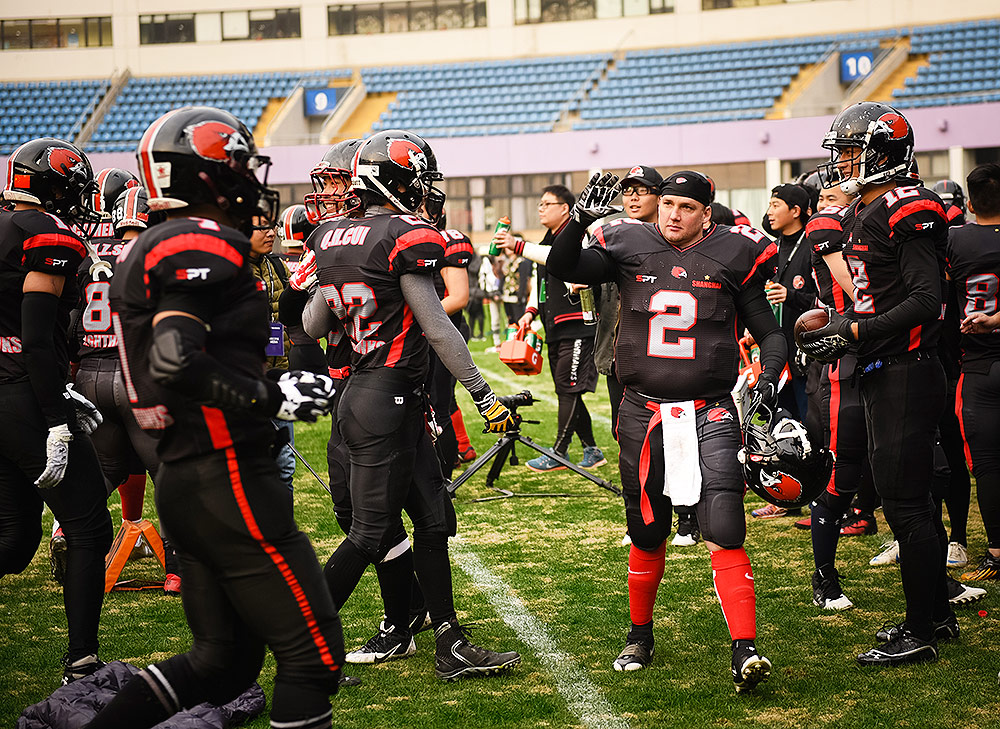 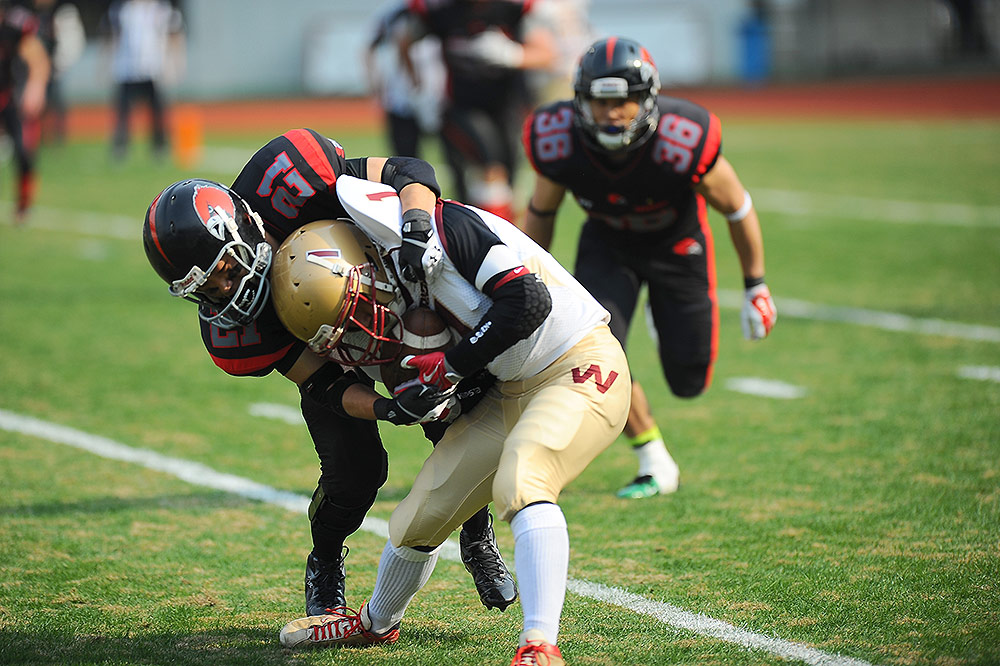 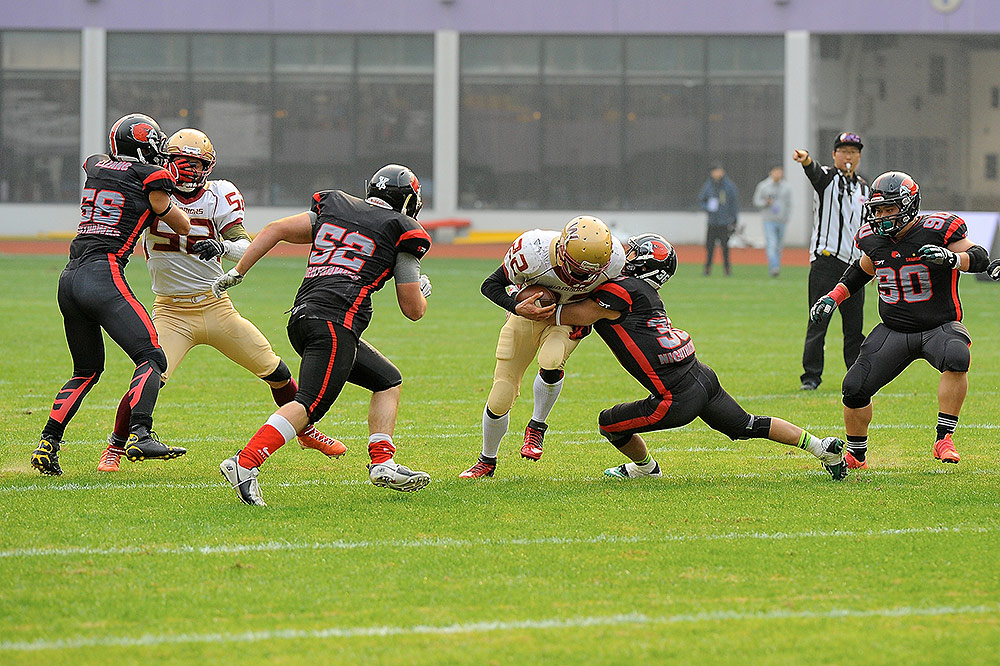 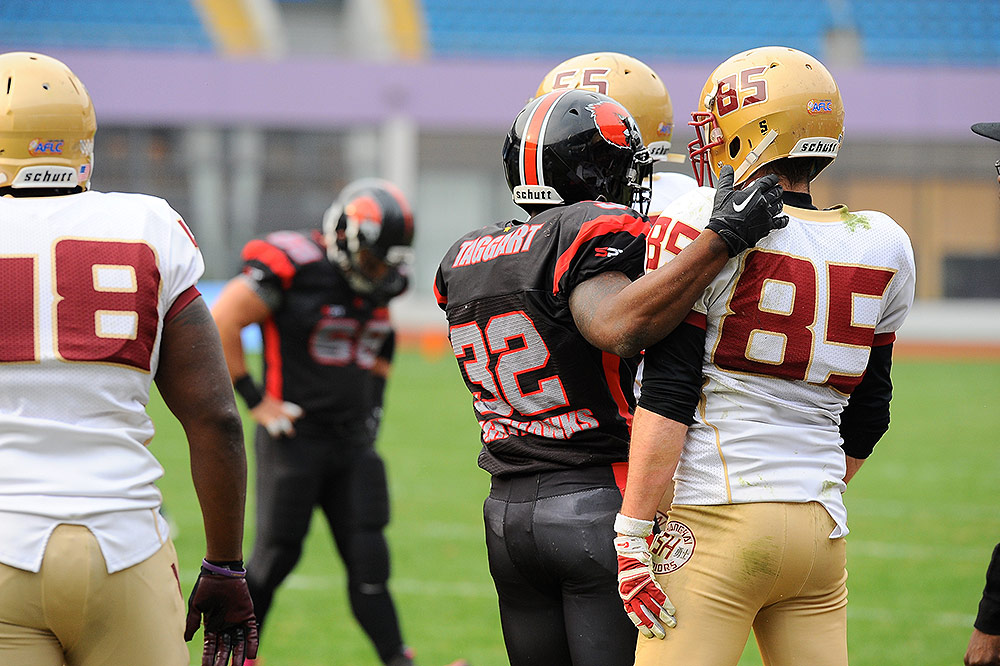 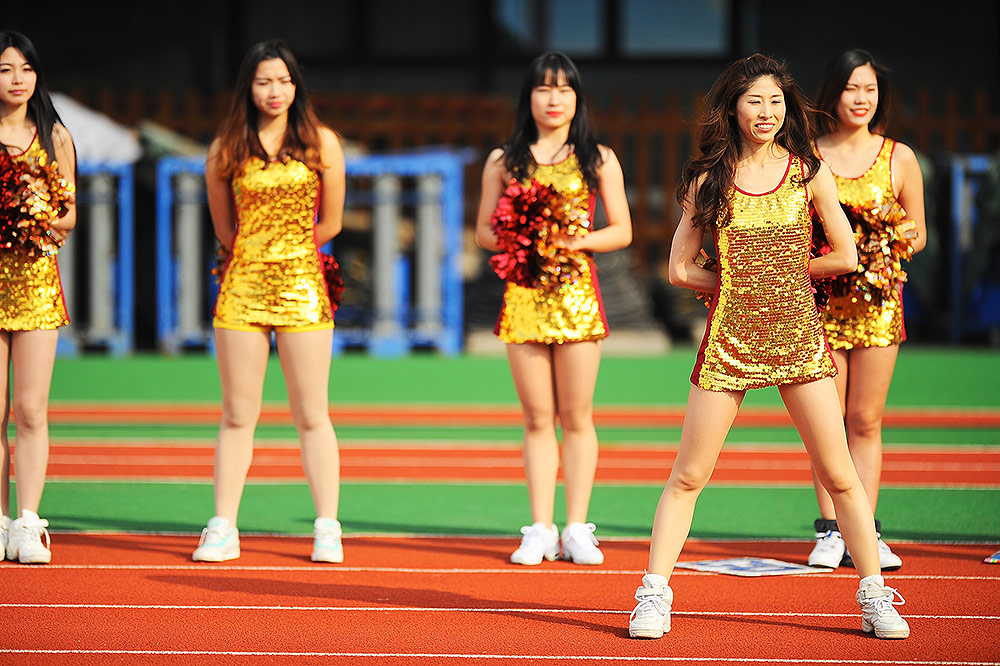 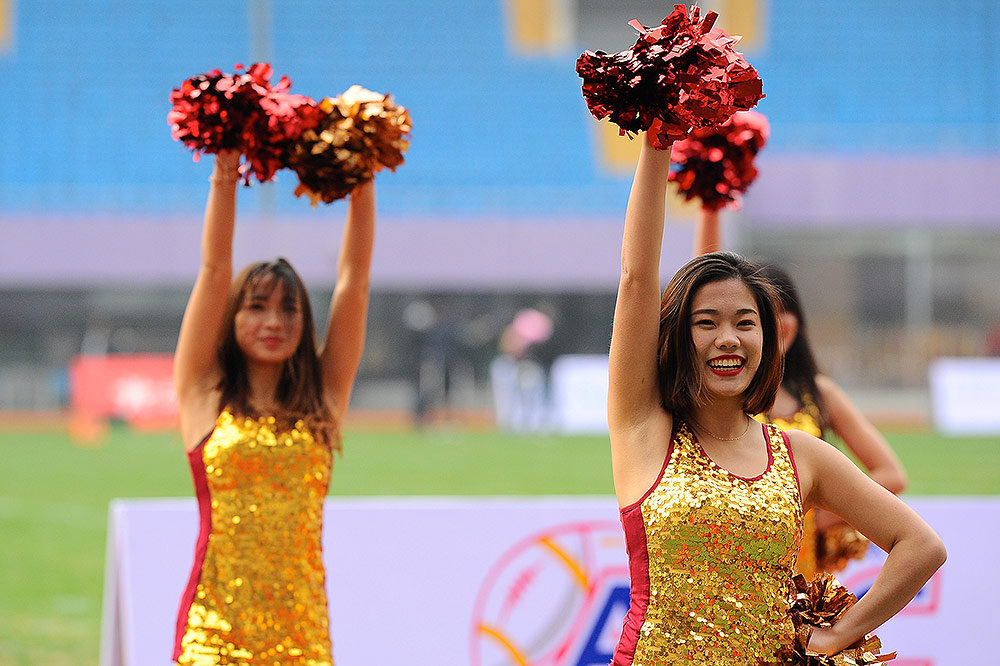 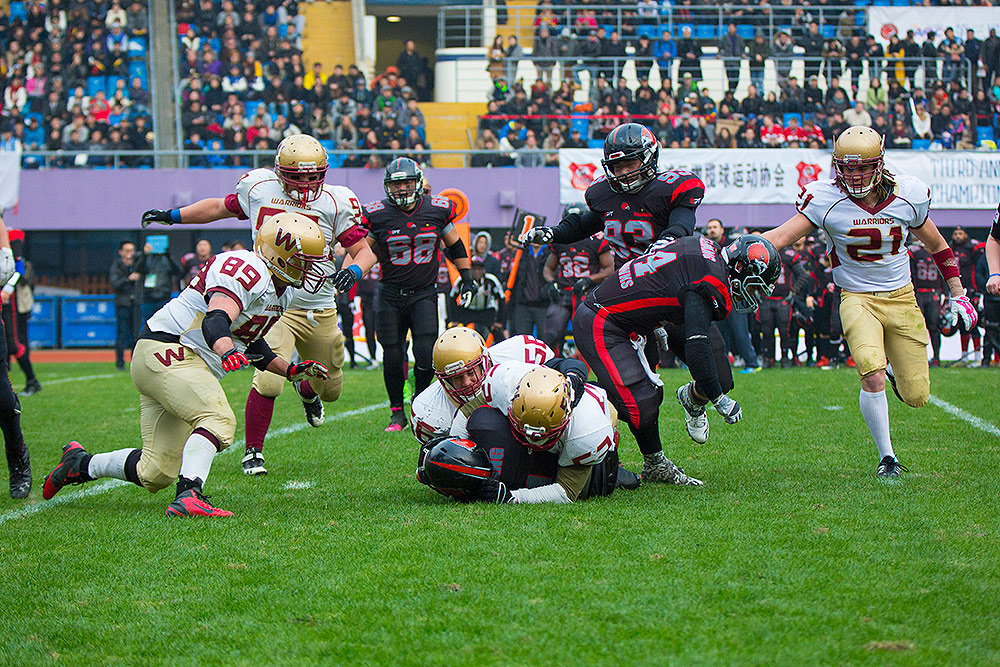 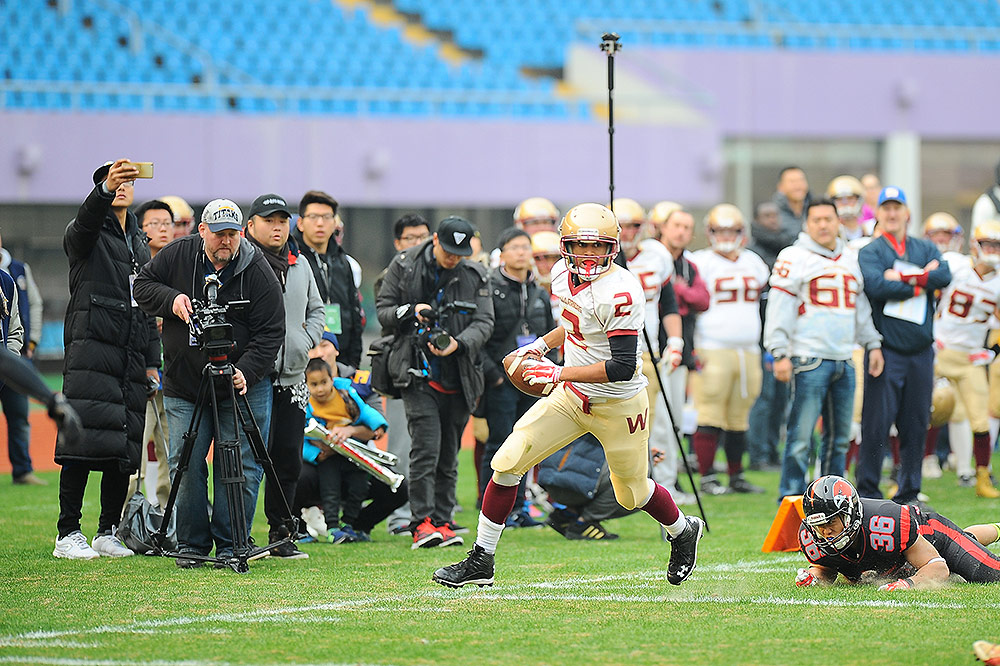 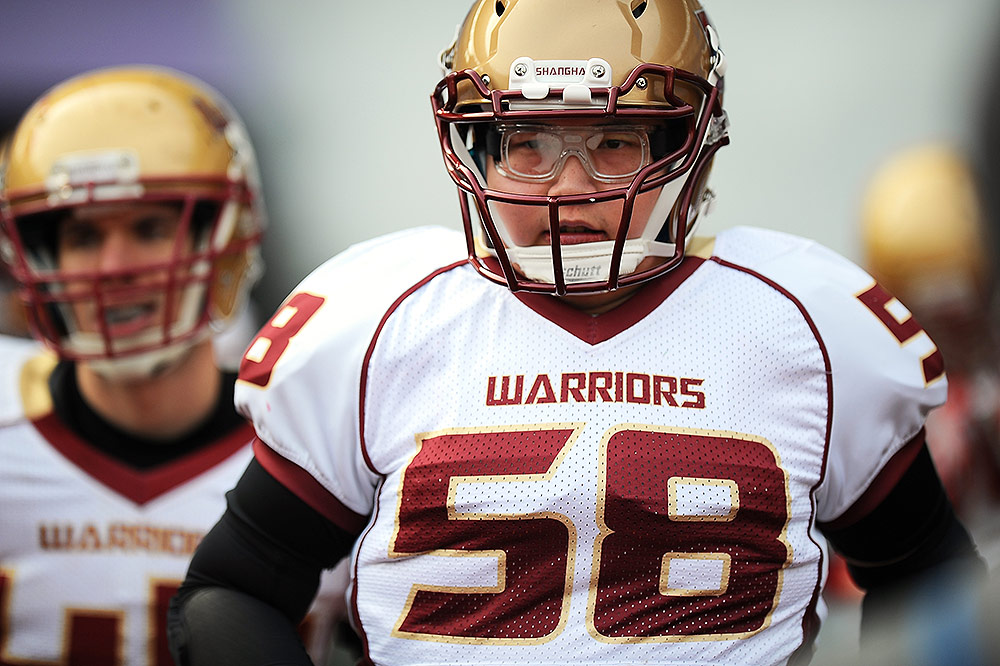 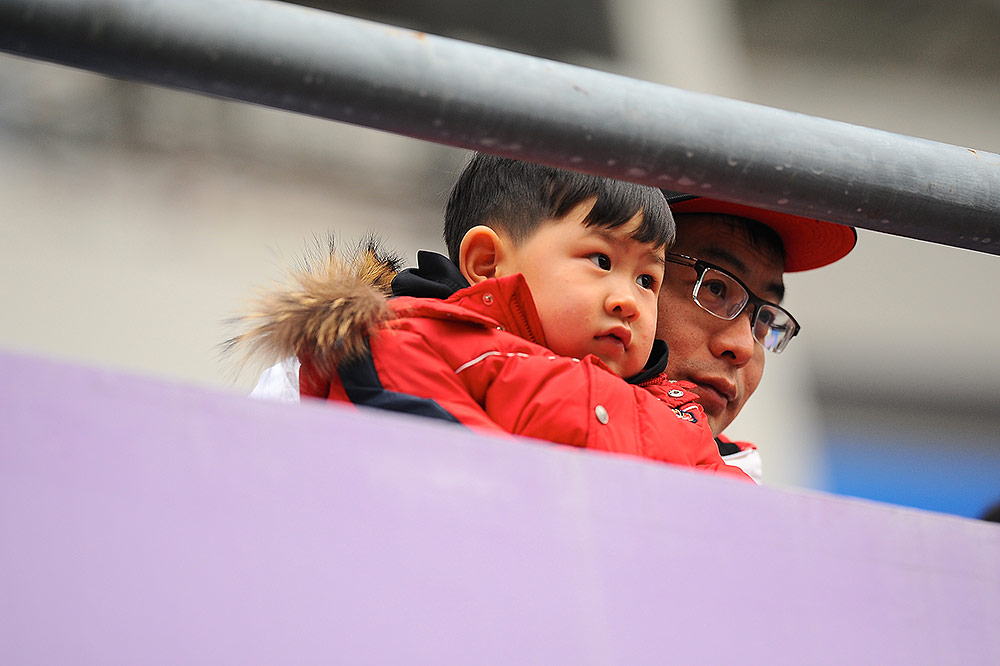 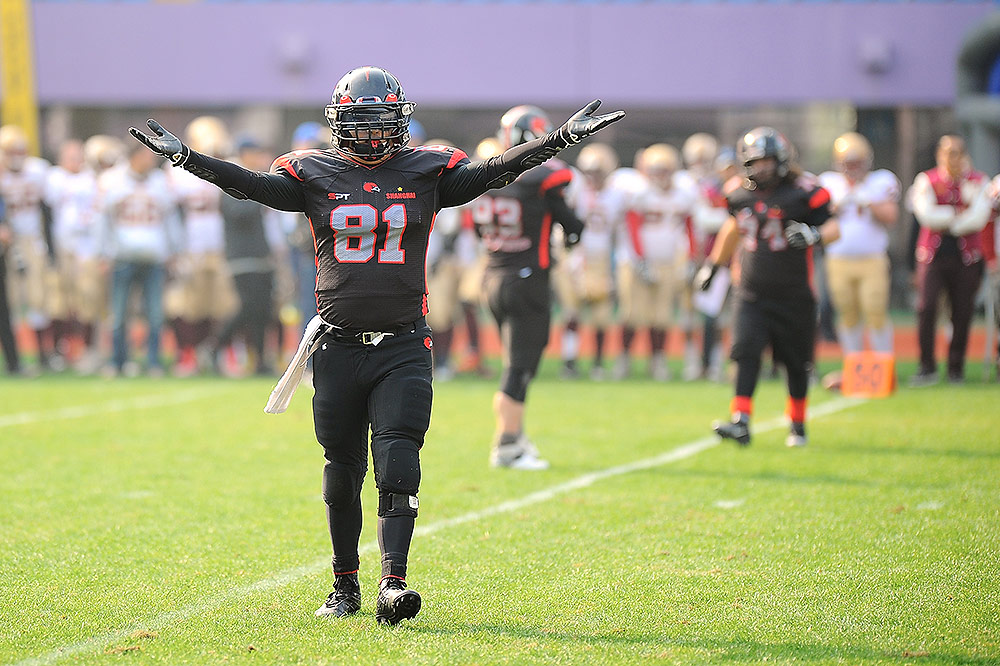 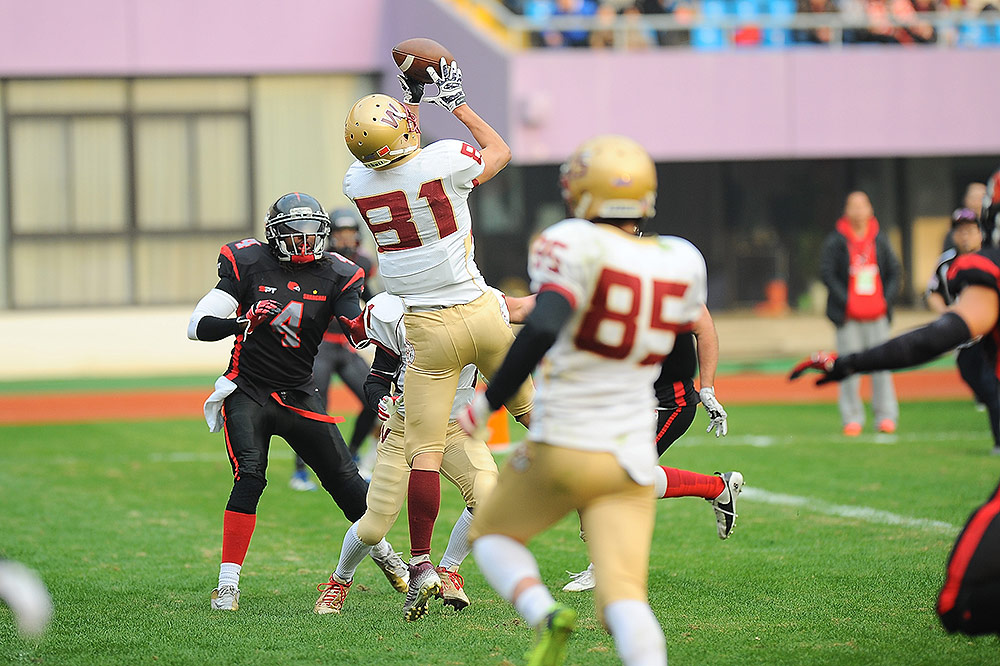 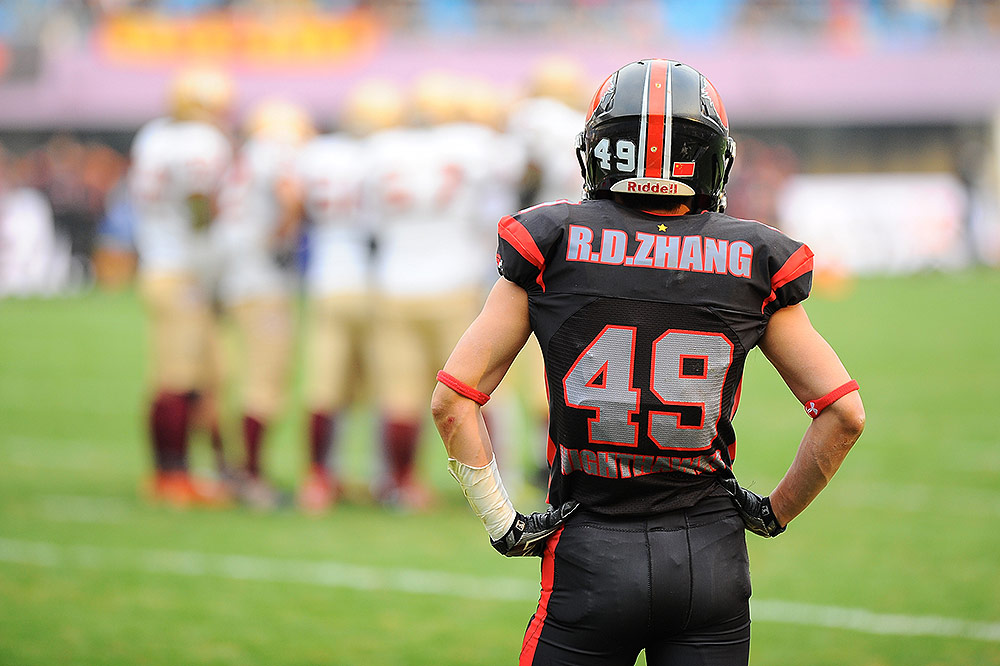 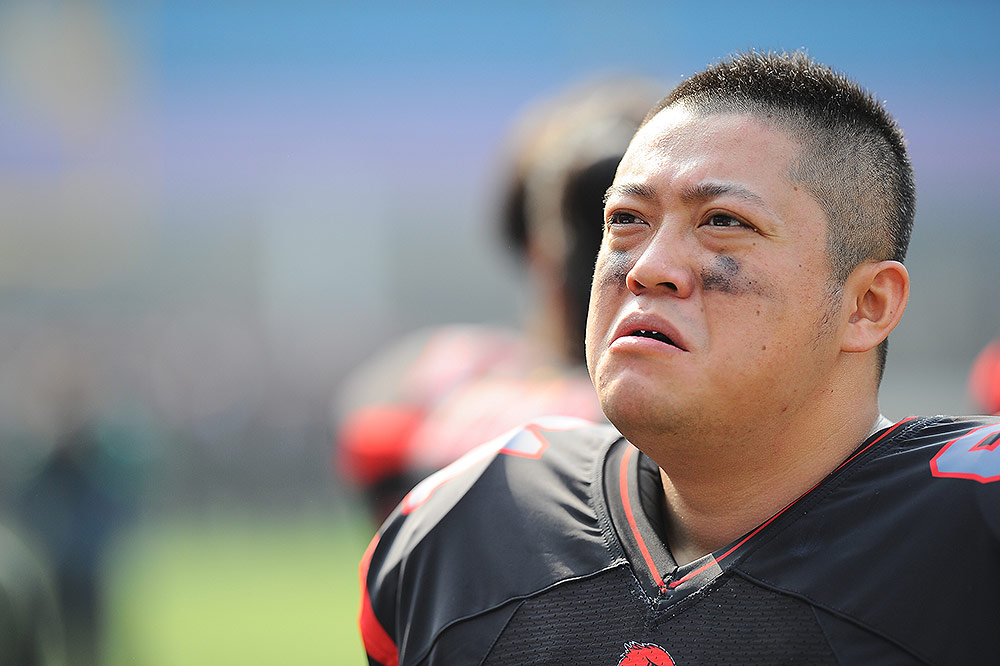 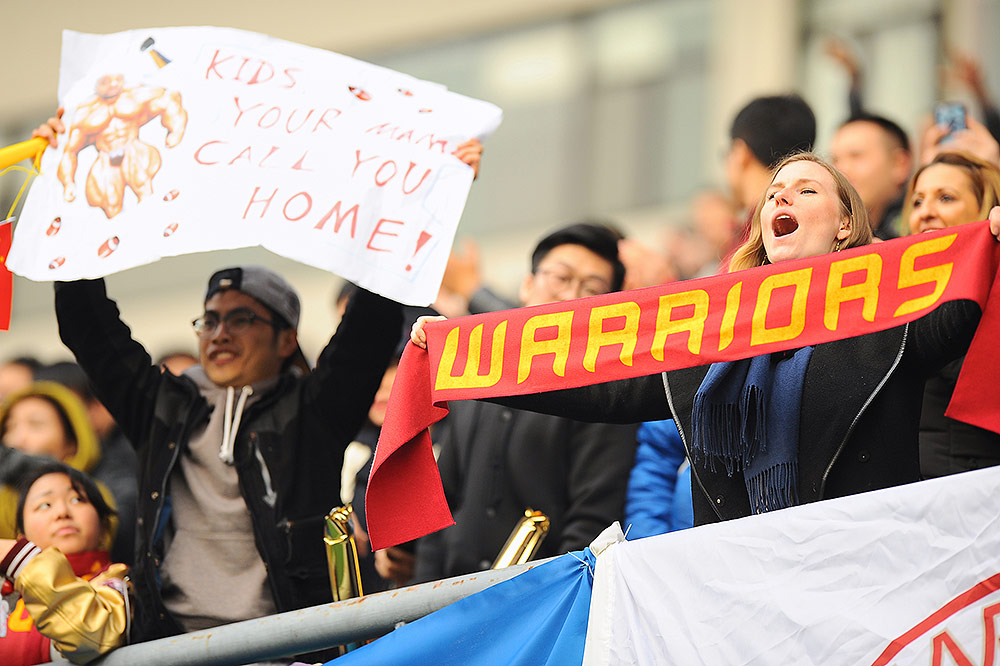 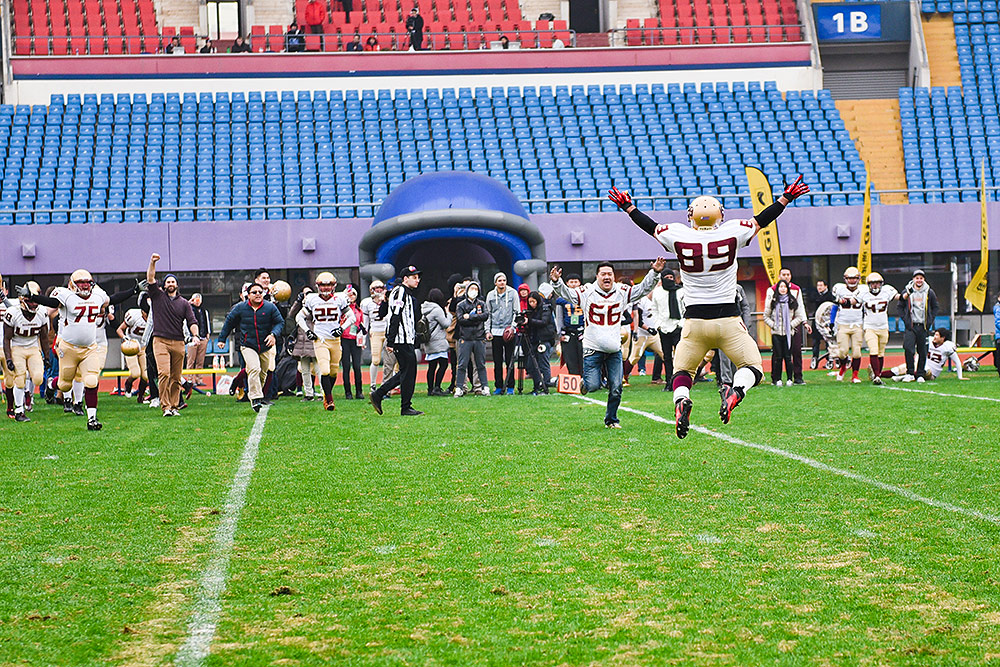 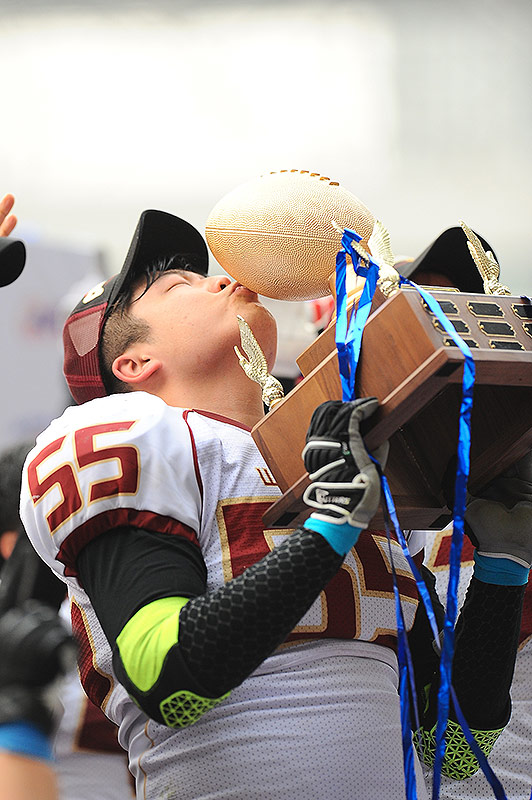 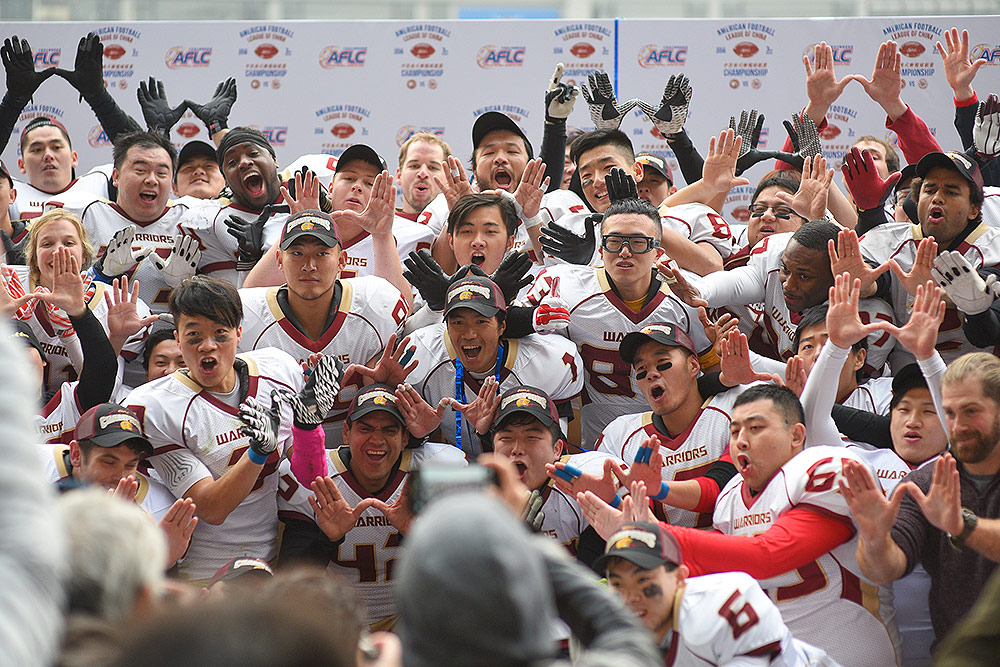 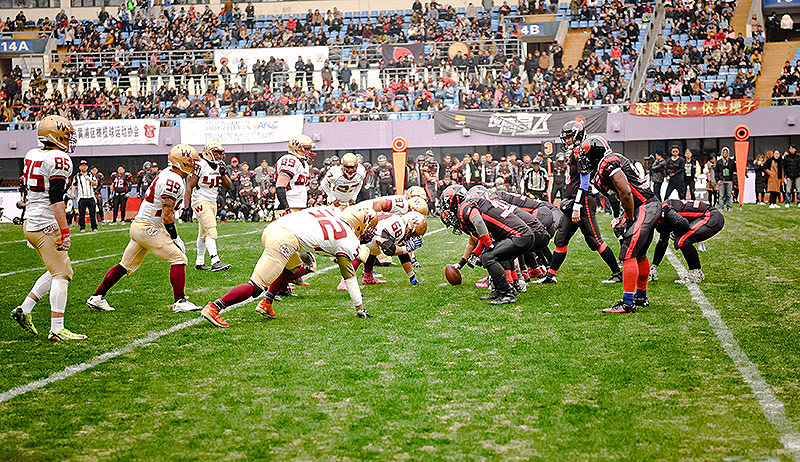 The American Football League of China (AFLC), a national league for amateur American football, held its third championship game at Yuanshen Stadium in Shanghai on January 16th. The long-time rivalry between the Shanghai Warriors and Shanghai Nighthawks came to a head in their first-ever championship game against each other.

Launched in 2013, the AFLC has become the largest and most competitive full-tackle football organization in China. AFLC currently manages ten teams located in Shanghai, Guangzhou, Hong Kong, Chongqing, and Chengdu. The league provides a platform for newly developed programs to promote and play competitively against one another nationwide. Now in its third season, the league works to both develop and promote American football to the masses. 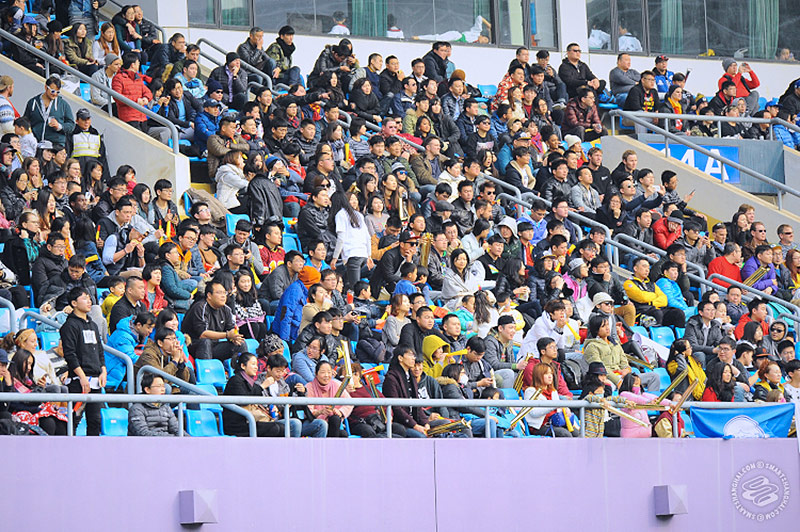 The game itself was unlike any AFLC game seen to date. Set at the home of the Shanghai Shenxin professional soccer club, the game featured halftime musical entertainment, professional dancers, gourmet food vending, smoke machines and activities for children. The game made national headlines in the Global Times, National Public Radio, LeTv, China Daily, and many other media outlets.

Unlike the league’s modest beginnings (their first meeting was held in a pool hall), the AFLC staged what China football lovers are saying is the biggest football event in the history of China. More than 4,000 fans attended the game to support the Shanghai Warriors and Shanghai Nighthawks and more than 3,500 fans from across the country tuned in online to watch.

No two teams have a longer history of competitive play than the Nighthawks and Warriors, having played their first game in the spring of 2012. The Nighthawks advanced during the season to win the Northern Division while the Warriors were a close second place. The Nighthawks touted one of the best rushers in China, John Taggart, while the Warriors quarterback Tim Gomez and wide receiver Kevin Cook exhibited the best passing numbers in league history. The Warriors, runners-up in 2013, were given a chance to upend the 6 game win streak by the Shanghai Nighthawks, 2014 AFLC Champions, and did.

The game was a predictably close matchup with both teams trading the lead until the third quarter. The Warriors switched to a swinging-gate style offense and the Nighthawks could not find a way to reply, committing a few game-changing penalties in the fourth quarter.

League organizers plan to build on this year’s success and continue to include more teams into the structure formed by the AFLC in 2013. James Fitzgerald, AFLC League Secretary and Coach of the Nanjing Emperor Kings, says, “even more than what this [AFLC Championship Game] brought to the promotion of football in China, the AFLC is making huge strides in creating value for amateur football teams in China and hope to provide more to other teams petitioning for admission into next year’s schedule.”